What is CBD TL;DR

So, What Exactly is CBD?

You’ve probably heard CBD being talked about a lot, but what on earth is it?

When people talk about CBD, they are referring to a single molecule found in abundance in the extract of hemp.

This single molecule has come to be very famous, over and above its other siblings. CBD is one member of a very unique family of compounds called cannabinoids.

Cannabinoids occur naturally, but are exclusively found in C. Sativa, C. Indica and hemp. The human body also has its own cannabinoids, which are scarily similar to those found in hemp. Its almost as if we have evolved to interact with these plants, at the most fundamental biological level.

In fact, other plants also have the ability to interact with our bodies own cannabinoid system. Whilst these don’t contain cannabinoids per se, they have their own similar compounds.

If you’ve heard of C. Sativa or Indica, then i’ll bet you know what THC is. Traditionally the most famous cannabinoid, THC is responsible for the getting us high or stoned. Modern plants have been bred to harbour high amounts of THC, for those adventurers wishing to explore a more intense and greater high. THC also has other desirable qualities too.

Today though, CBD has jumped into the spotlight with THC. Unlike its psychoactive sibling, CBD does not produce a high, and is non-addictive, but does possess a diverse set of therapeutic qualities. Thats partly why its become so popular, because it possess much of the same therapeutic qualities as THC, but without the high.

Breeders of C. Sativa and C. Indica have now focused on maximising CBD content in their plants, in light of the emerging understanding of its beneficial effects.

Where does it come from?

You’ll find CBD in all C. plants, albeit to varying degrees for different varieties. Thats a separate conversation though. 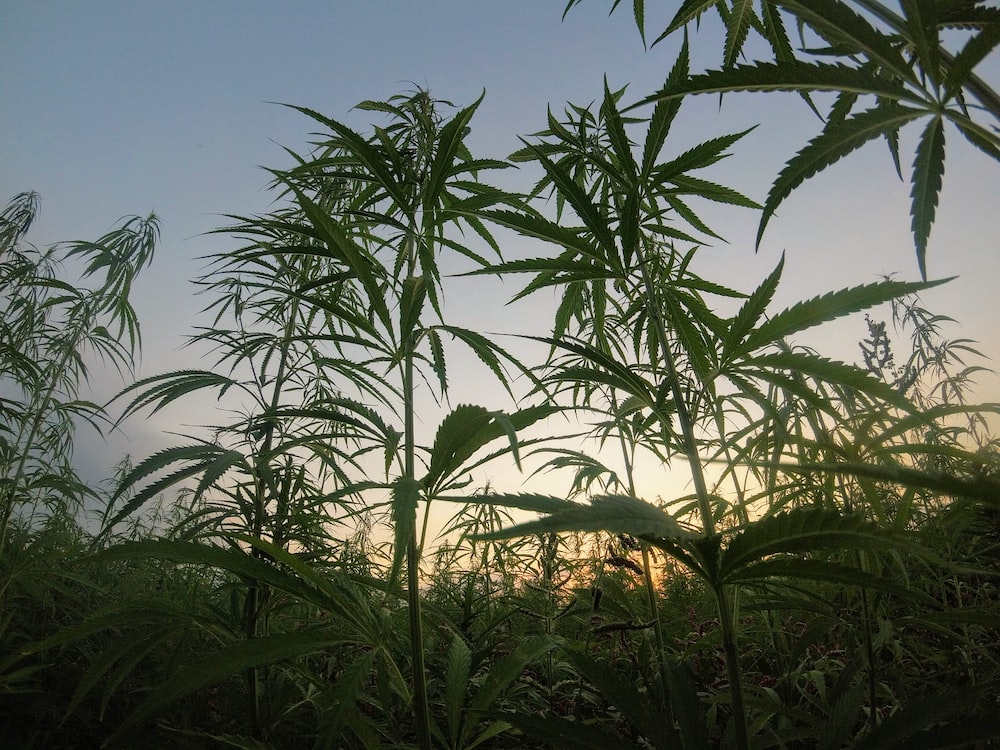 CBD is found most abundantly in the flowers, leaves and to a lesser extent stalks of plants. The flowers are often sticky buds, laden with resin containing high amounts of cannabinoids. The glands which produce the resin are known as trichomes, which can also produce some of the other beneficial compounds, such as terpenes.

The amount of resin secreted by the plant varies based on the different strain of cannabis plant. The resin not only varies in its concentration, but also in its mix of cannabinoids and terpenes. Each strain has its own unique blend of these compounds, giving it its own fingerprint as it were. When someone is talking about a plants cannabinoid or terpene profile, they are referring to each plants unique chemical fingerprint.

To get CBD, you have to extract the rest of the good stuff from the plants as well. There’s two ways to do this, the most common being Co2 extraction.

The buds, leaves, stalks and stems are packed into a cylinder, and Co2 is passed through it at high pressures. This is a clean method, as it doesn’t leave any left over solvent in the extract.

Alternatively, some people use ethanol to extract their CBD. This can also yield a very clean and pure extract, but sometimes small amounts of ethanol are left over need to be evaporated.

Extraction draws out all of the cannabinoids, terpenes, flavonoids, vitamins, minerals, fatty acids, waxes and chlorophyll from the plant. The result is a dark paste, mostly rich in CBD but also contains the other stuff which is also beneficial.

This is called a Full Spectrum Extract because it contains the full range of beneficial compounds found in the plant. CBD works in synergy with its other cannabinoid siblings and terpene cousins, to produce an enhanced therapeutic effect than CBD alone (isolate). This is called the entourage effect, and is why its best to keep them all together, so they can work as a team. Its for that reason people, that full spectrum extracts are the best.

Whats It Used For?

Seeing as CBD is classed as a food supplement, we cannot make any medical claims relating to its use. Although, in 2016 the Medicines and Healthcare products Regulatory Agency (MHRA) declared that CBD was in fact a medicine; only if it was marketed as such. In other words, only pharmaceutical CBD can be marketed to have medicinal qualities.

So just to be clear, we don’t make health claims, we just share whats been found from scientific research so far.

You’ll probably have heard a few anecdotes about how CBD has helped improve someones life in some way. Its exciting that some users claims can be backed up by research. Although research is in its infancy, its showing promise for the following:

A 2017 report by the World Health Organisation (WHO) suggests that CBD could be beneficial for various conditions including Cancer, Alzheimer’s, Parkinson’s, Multiple Sclerosis, and diabetic complications, in addition to pain, anxiety and depression (1).

CBD has been around for a long, long time; we’re talking thousands of years here. The earliest references to the use of CBD referred only to its existence within the whole hemp plant. Earlier humans didn’t know what CBD was, they just used hemp because it helped with what ailed them.

There are records of its existence as far back as 10,000 b.c in China (2), and its use by an ancient Chinese emperor Shen-Nung circa 2700 b.c (3). Shen-Nung was regarded as the father of Chinese Medicine, and used C. Sativa and Indica to treat menstrual problems, gout, rheumatism, malaria, beri-beri, constipation, and absentmindedness (3).

C. Sativa and Indica was also used in ancient Egypt in 2350 b.c. Here it was thought to be used for diarrhoea, and as an antibiotic (2).

It’s also said to have been used as part of Ayurvedic Medicine in India as early as 1500 b.c. where it was used for diarrhoea, cough, nervousness and impotence (4).

It wasn’t until 1939 that modern science would clarify the medicinal qualities of C. Sativa and Indica. An Irish Physician called William O’Shaughnessy published his findings on the health benefits of cannabis (5).

This sparked an American chemist called Roger Adams to investigate what the plants were actually made up of, in an attempt to understand what gave it its special qualities. In 1942, he discovered and successfully isolated the CBD molecule itself (6).

Fast forward a few years to 1980 in Israel, where Dr Raphael Mechoulam began to study the biological activity of CBD and other cannabinoids. He was the first to show the unique effects of CBD on health, by demonstrating its effectiveness against epilepsy (7).

The fact that CBD was able to have an impact on human health led researchers to scratch their heads as to how that might be.

As it turns out, there is a biological network in the human body that is especially designed to recognise CBD and other cannabinoids. This was first discovered in 1988, where researchers found 2 types of cannabinoid receptor in the brains of rats (8), and then in humans.

As it turns out, the ECS uses its very own cannabinoids to send messages throughout the body. These messages are received by the CB1 and CB2 receptors to ensure universal balance across other bodily systems. This balancing process is called homeostasis, and is crucial to the health and survival of organisms.

Think of its this way; the ECS is like a thermostat that can turn biological activity up or down to ensure a balance is being stuck, and homeostasis maintained. If homeostasis is disrupted, then disease and dysfunction can occur in the body. That means the ECS plays a VERY important role in human health and disease.

Sadly, the world we’ve created for ourselves isn’t very friendly for the ECS. The modern environment can disrupt the ECS, and make it hard for it to maintain homeostasis. Some of the main culprits are:

How CBD Works its ‘Magic’

A lot of people’s ECS may be struggling to maintain balance. Some people’s more than others. Since CBD is very similar to the bodies own internal cannabinoids, it can help pick up the slack by influencing how messages are received at cannabinoid receptors.

Whilst CBD does not directly bind to CB1 or CB2 receptors, it can still affect the way they respond to messages, and subsequently how the ECS maintains health.

CBD can also boost levels of our naturally occurring cannabinoid, Anandamide. This also helps support the function of the ECS to keep you healthy.

There are also a bunch of other receptors throughout the body that CBD interacts with. CBD is a promiscuous molecule; it gets around a LOT, and tells all sorts of receptors how to make the body work. Because CBD can ‘speak’ many different languages throughout the body, it can have multiple beneficial effects all at once.

More on how CBD works.

Cannabinoid legislation is tricky in the UK. Most cannabinoids are listed as controlled substances in the Misuse of Drugs Act. However, CBD is an exception, and is totally legal in the UK so long as it has been derived from industrial hemp, which contains very little THC.

CBD is a loose term that often refers to a whole plant extract containing other cannabinoids. Its for this reason that only specific types of hemp are permitted for extracting CBD, because they naturally contain below the legal limit of 0.2% THC.

Where to Find CBD

CBD can be found in all shapes and sizes from a variety of retail outlets; from pharmacies to coffee shops, and everything in between.

A few ways you can use CBD, as: